Ayurveda, which literally means the science of life (Ayur = Life, Veda = Science), ayurveda is an ancient medical science which was developed in India thousands of years ago. Believed to have been passed on to humans from the Gods themselves, Ayurveda developed and evolved into what it is today from several ancient treatises, most notably Adharva Veda which dates back to five thousand years. The ancient Vedic literature by sages has clearly laid out instructions to maintain health as well as fighting illness through therapies, massages, herbal medicines, diet control and exercise. Ayurveda advocates that every living and non-living being has five basic elements (Pancha Maha Bhoothas) in them namely earth, water, fire, air and ether which manifest itself in the human body as Vatha, Pitha and Kabha (or the Tridoshas).

Air and ether form the Vatha principle, fire the Pitha principle and earth and water the Kapha principle. Every human being has his Prakruti (Constitutional Nature) determined by the dominance of Vatha, Pitha or Kabha or their combinations. Harmony in Prakruthi indicates good health.

The cause of a disease is diagnosed and treatment prescribed by monitoring the Tridoshas, Dhatus (that which supports the body functions), Malas (the metabolic bi-products formed in the body), Agni (which is responsible for metabolism) and the Prakruti of the patient. The outcome of an Ayurvedic treatment is ideal health, a relaxed mind and rejuvenated body.

Yoga is perhaps the world's first system that recognizes the interconnection and interaction between body and mind. References to yoga can be seen in many ancient scriptures like Bhagavad Gita, Mahabharata, the Vedas, etc.. The most important and most famous purveyors of yoga was the great sage Patanjali, the author of the treatise "Yoga Sutras". He was perhaps the first recorded the yoga principles, which were passed orally from generation to generation.

The main purpose of yoga is to isolate the mind of all thoughts, worries and fears, and to increase the strength and flexibility of the body. The regular practice of yoga can help keep stress and tension at bay and facilitate the mind to a state of well-being and peace.

Ayurveda and Yoga are science sisters. While Ayurveda is mainly concerned with the health of the body and the mind, Yoga deals with mental health issues. Yoga exercises help with their preventive and curative effect to bring the neurohormones and the metabolism of the body in a natural order and balance and improve endocrine metabolism. This practice covers stress and stress-related disorders in a natural way.

Between the craziness of work and home life, everyone needs some me-time. Spiritual retreats are necessary for cleansing your mind and body to remove all negativities from them and rejuvenate them with positive thoughts and ideas. Your stay at yoga retreats would help you in your soul cleansing through the peace of the holy energy. You can feel the source of this energy coming from nature and from the energy that lingers from the past that holy saints and sages used for healing and attaining inner peace. 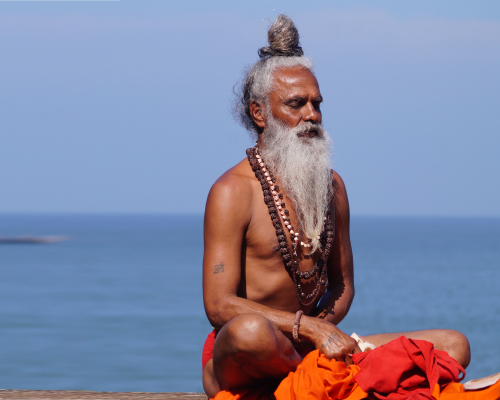 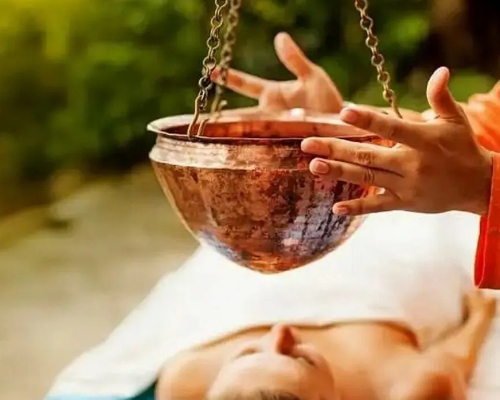 This is a really unique holiday to rejuvenate your body and mind with best ayurvedic treatments provided by ayurvedic doctors. One can stay at a beach hotel for 7 days with one of our suggested treatments and take home positive energies from the universe.